In their advisory role to the President of ICE Clear Europe, the two Product Risk Committees play a key role in ensuring that the Clearing House maintains and implements procedures, processes and controls that are designed to:

All risk models used by ICE Clear Europe are reviewed and subject to a formal model governance process that requires independent validation. The suitability of all models is reviewed on an annual basis. Any material change to an existing model and all new models are subject to independent model validation.

Parameters used within the models are reviewed and set by the ICE Clear Europe Clearing Risk Department in accordance with policies and procedures approved by all the appropriate Risk Committees. Total initial margin information is available on the Financial Resources section of our website.

Initial margin is a returnable deposit based on a Member’s open positions. It is calibrated to be sufficient to cover the expected cost of closing out a defaulting Member’s position in normal market conditions to a 99% confidence interval. Model performance is monitored daily via both portfolio and contract level back-testing. For Futures and Options products, initial margin requirement is calculated using ICE Risk Model. 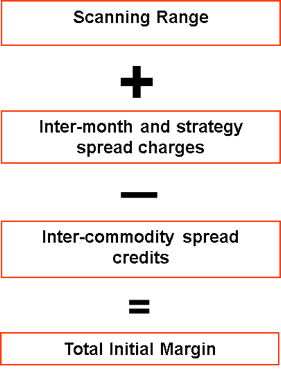 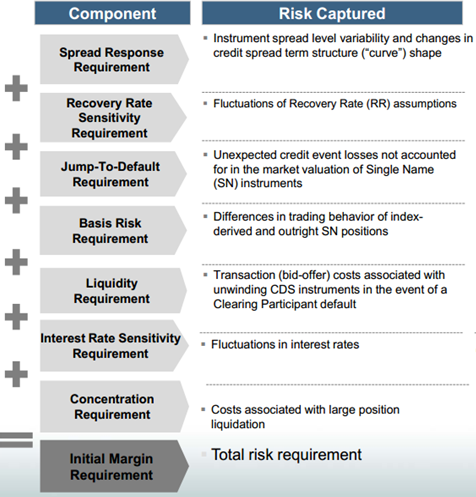 The estimation of the model parameters are reviewed at least on monthly basis in cooperation with the Risk Working Group. The Spread Response requirement is based on a methodology that uses a combination of two margin approaches: a stress-based Value at Risk measure and a risk measure based on Monte Carlo simulations.

In order to ensure that ICE Clear Europe has sufficient capital as one of the world's leading multi-asset clearing houses, ICE Clear Europe has established a mutualised guaranty fund which is based on stress testing results as required by EMIR Articles 42 and 43. The Futures and Options (F&O) Guaranty Fund consists of two segments: an Energy Segment and a Financials & Softs Segment. Each Segment is calibrated to be sufficient to cover the potential cost of the simultaneous default of the two Clearing Member groups to which the Clearing House has the largest exposure to, under extreme but plausible scenarios. The total size of the F&O Guaranty Fund is likewise calibrated to ensure the sum of the two segments is also sufficient.

The adequacy of the F&O Guaranty Fund is monitored on a daily basis by ICE Clear Europe’s Clearing Risk Department and the level of both the Energy and Financials & Softs segments are reviewed by the F&O Product Risk Committee at each Committee Meeting.

ICE Clear Europe has established a separate Guaranty Fund for the CDS Clearing Service that is sufficient to absorb the greatest combined uncollateralised loss resulting from the simultaneous default of two Clearing Members during periods of extreme market conditions where initial margin held in respect of the defaulting Clearing Member’s positions proves to be insufficient, as required by EMIR Articles 42 and 43.

The allocation of assets following the default of a CDS Clearing Member is consistent with that set out above.

Portfolio level initial margin is back-tested against the actual one-day or two-day* price changes to ensure that initial margin requirements are performing within the stated risk parameters.

*One or two day for energy products, depending on the corresponding Margin Period of Risk

In the event of a Clearing Member default, the primary responsibility of the Clearing House is to contain the cost of closing out the Defaulter’s position to an amount less than the margin and guaranty fund contribution of the Defaulter.

ICE Clear Europe has extensive powers under the Clearing Rules (Part 9: Default Rules) that allow it to perform this function. This includes details on events that could constitute an Event of Default.

The Clearing House will, on a best endeavours basis and subject to Part 9 of the Clearing Rules, assist clients of the Defaulter in the transfer of their positions to an alternative Member. For further information on porting of client positions, please see the “Disclosure Statement pursuant to Article 39(7) of EMIR” and “Customer Protection Framework"

In stressed or volatile market conditions, an initial margin model could drive rapid or over reactive increases in margin requirements. This added procyclicality causes a potential liquidity burden for Clearing Members.

ICE Clear Europe assesses procyclicality using percentage changes in initial margin over a 5-day window and the threshold condition is applied to the 95th percentile expected shortfall level of the percentage changes over a rolling 250 day window. R-A-G triggers an amber warning if the expected shortfall exceeds 50%, and red if it goes beyond 100%. This is calculated for the top benchmark products per market.

All market participants and users, as well as others with an interest in understanding how ICE Clear Europe margins its products, are welcome to download and use the ICE Risk Model software. The software license can be found here and users are required to accept the terms of the license as part of the installation process. Users are not charged for use or download of the software, but there are limitations to using the software in commercial applications.